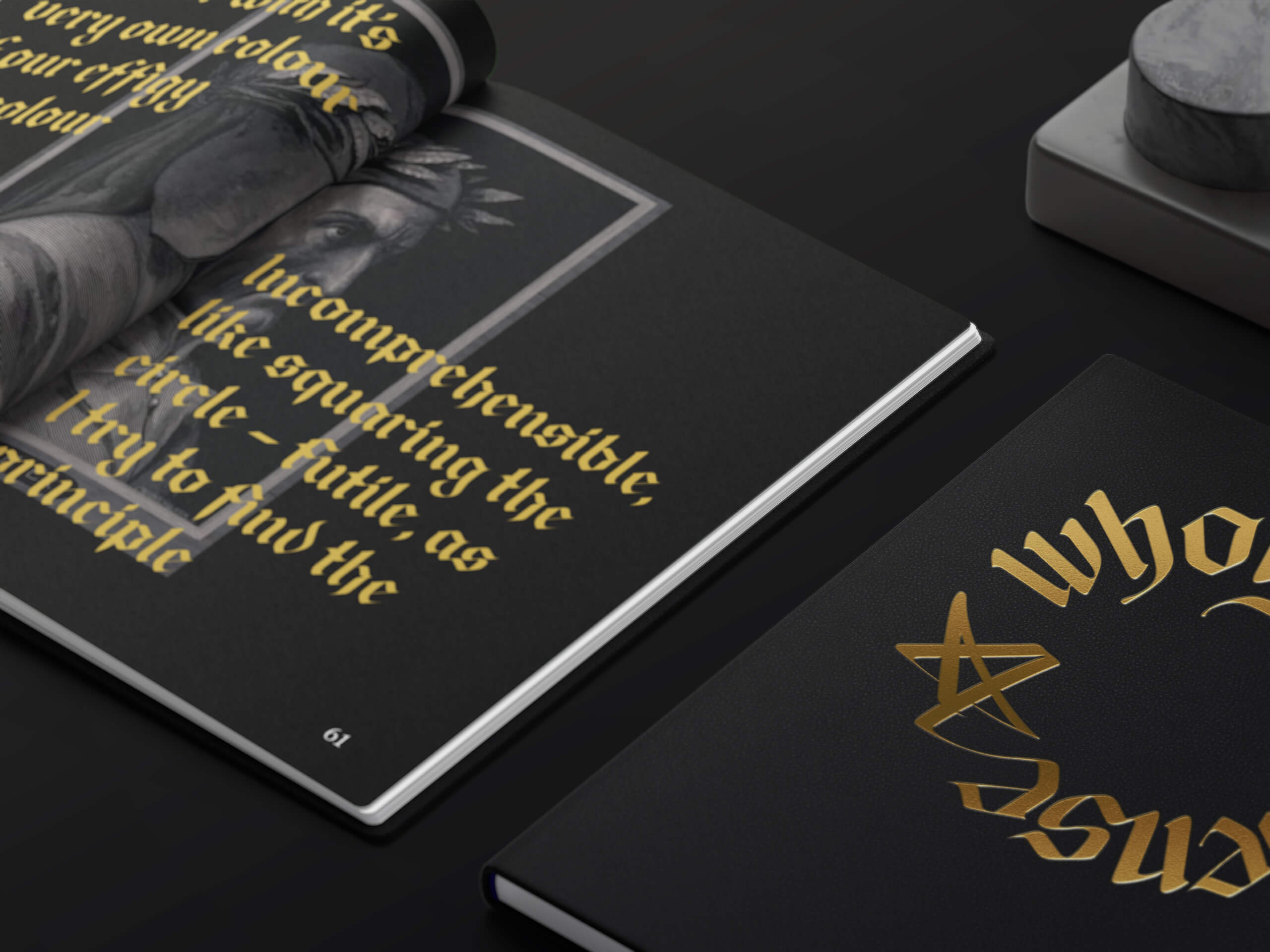 Wholly in Suspense, steadfast In the presence of the light

The Divine Comedy is beautiful Italian literature which originally by the Italian poet, Dante Alighieri. Most of the modern translation of the classic lose the essence of the original. This book interpret the last canto of Paradiso, the third chapter of the book into a more contemporary and digestible poetry piece.

Dante Alighieri’s The Divine Comedy (La Divina Commedia) is a long Italian narrative poem and one of the greatest works of the world literature that has influenced many works of literature in modern days. It  was completed in 1320, a year before his death in 1321. The Divine Comedy was divided into three books: Inferno (Hell), Purgatorio (Purgatory), and Paradiso (Paradise) each containing 33 canti. In the last chapter of Paradiso, Dante described his experience of enlightenment.

International Society of Typographic Designers, ISTD, is a not-for-profit professional body run by and for typographers, graphic designers and educators. The Society has an international membership who share and support its aim to create and inspire interest in all forms of typographic communication.  Working closely with education and industry, ISTD establishes, maintains and promotes typographic standards through the forum of debate and design practice.

The Divine Comedy sadly is very difficult to absorb as most of the modern translation only translate the words in the book and lose the story and beauty of the poetry. This publication is aimed at modern young adults that are interested in knowing about the end of Dante’s poetry excellence, spiritual journey, and his experience in the Empyrean, the last circle of heaven .

This project was created to answer one of the briefs in 2020 Student Brief ISTD specifically project 5: Paradiso. We were asked to interpret Canto 33 Paradiso to a new audience using the Longfellow translation. Although the Longfellow translation does help with the interpretation of the original poetry, it loses the rhyme and poetry essence of the original. Another problem with the Longfellow is how hard it is for the modern audience to understand it because the language used was obsolete and unfit for the modern audience to be digested easily. Modern hip-hop culture which includes calligraffiti surprisingly showcases parallel similarities with early 14th-century work, The Divine Comedy. This publication aims to bridge the chapter to modern audience. In Paradiso Canto 33, Dante tries to face something that has troubled humanity since before the recorded time; he tries to describe something undescribable. This publication tries to acknowledge the undescribable feeling that makes Dante wholly in suspense in his meeting with the highest. 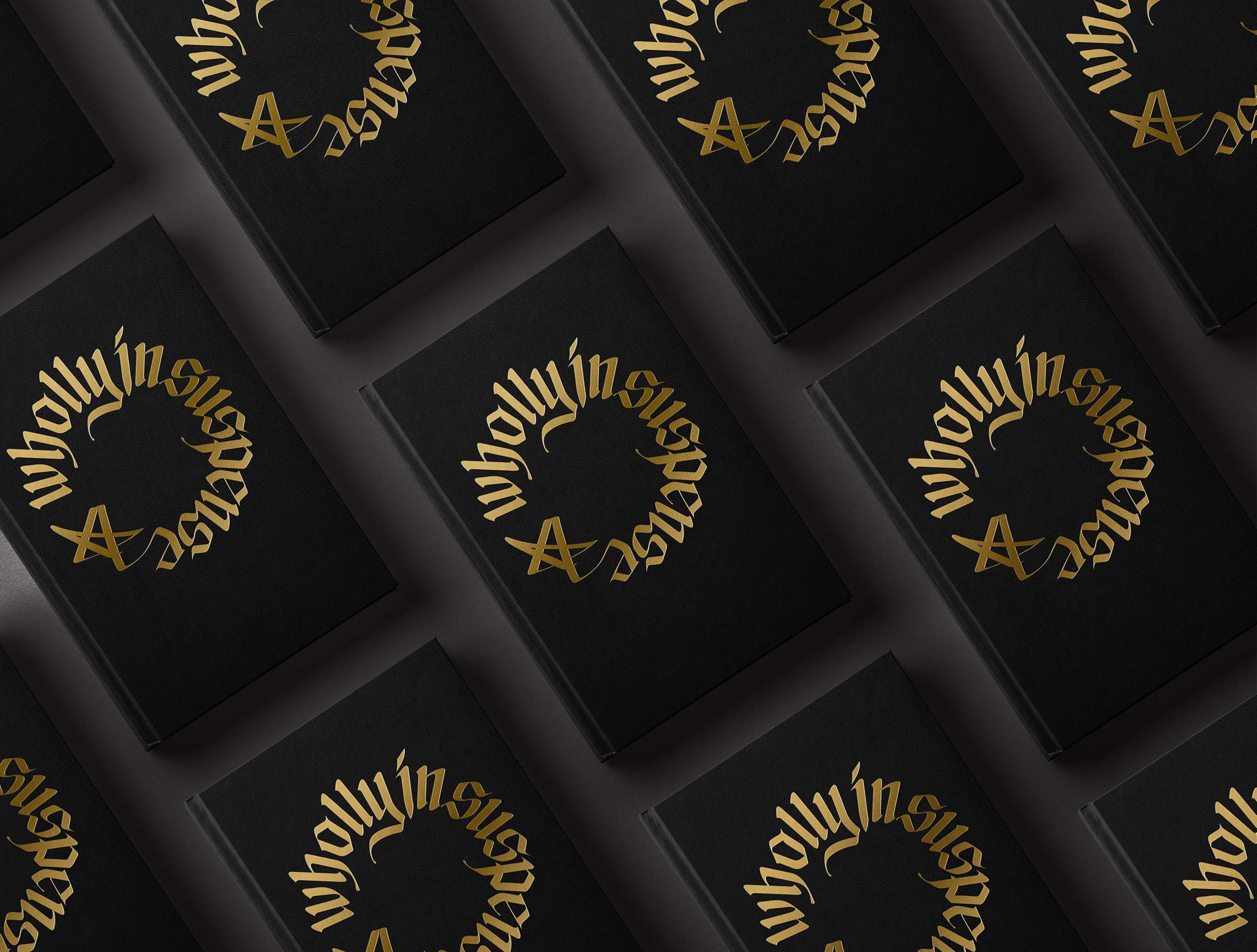 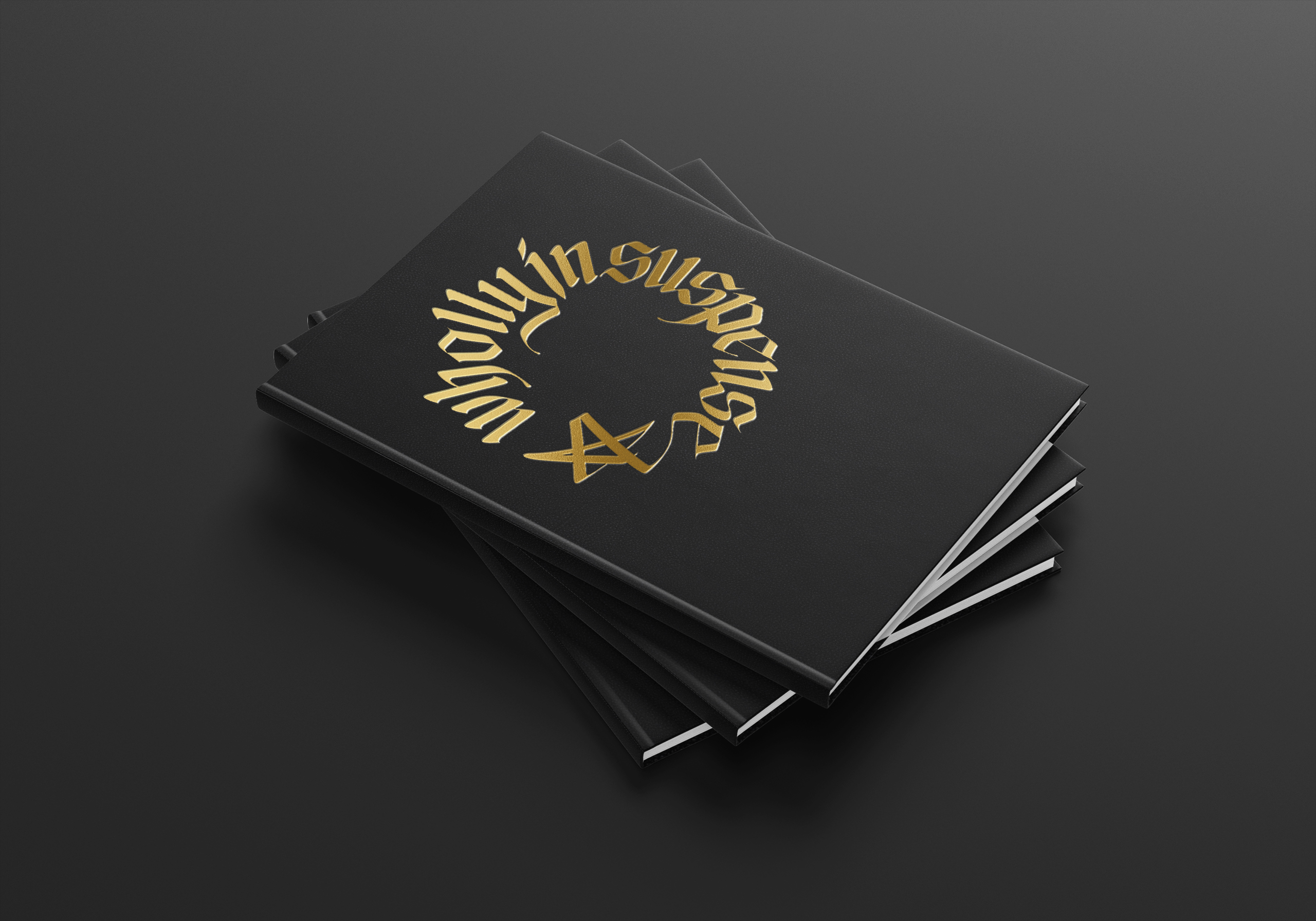 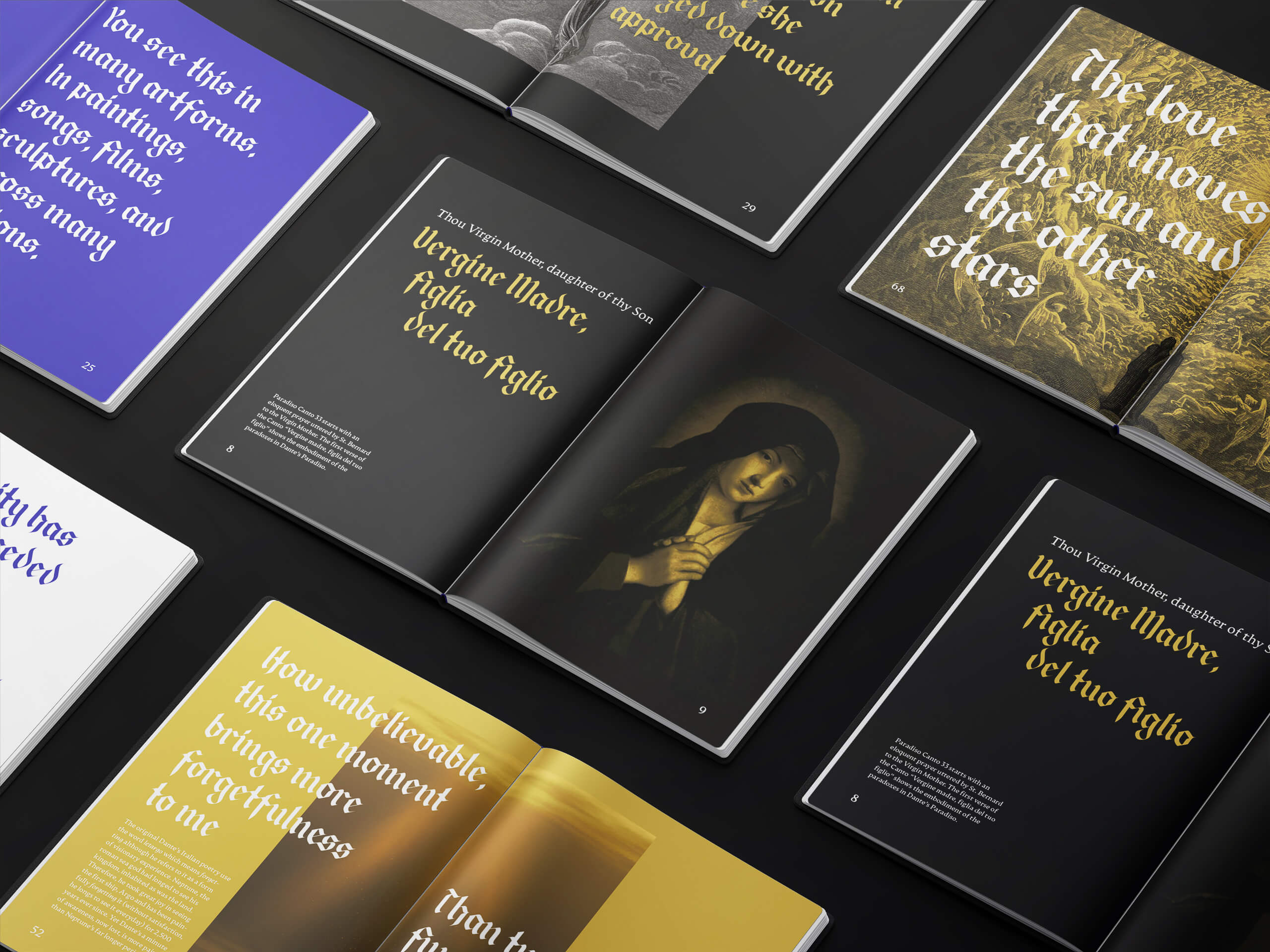 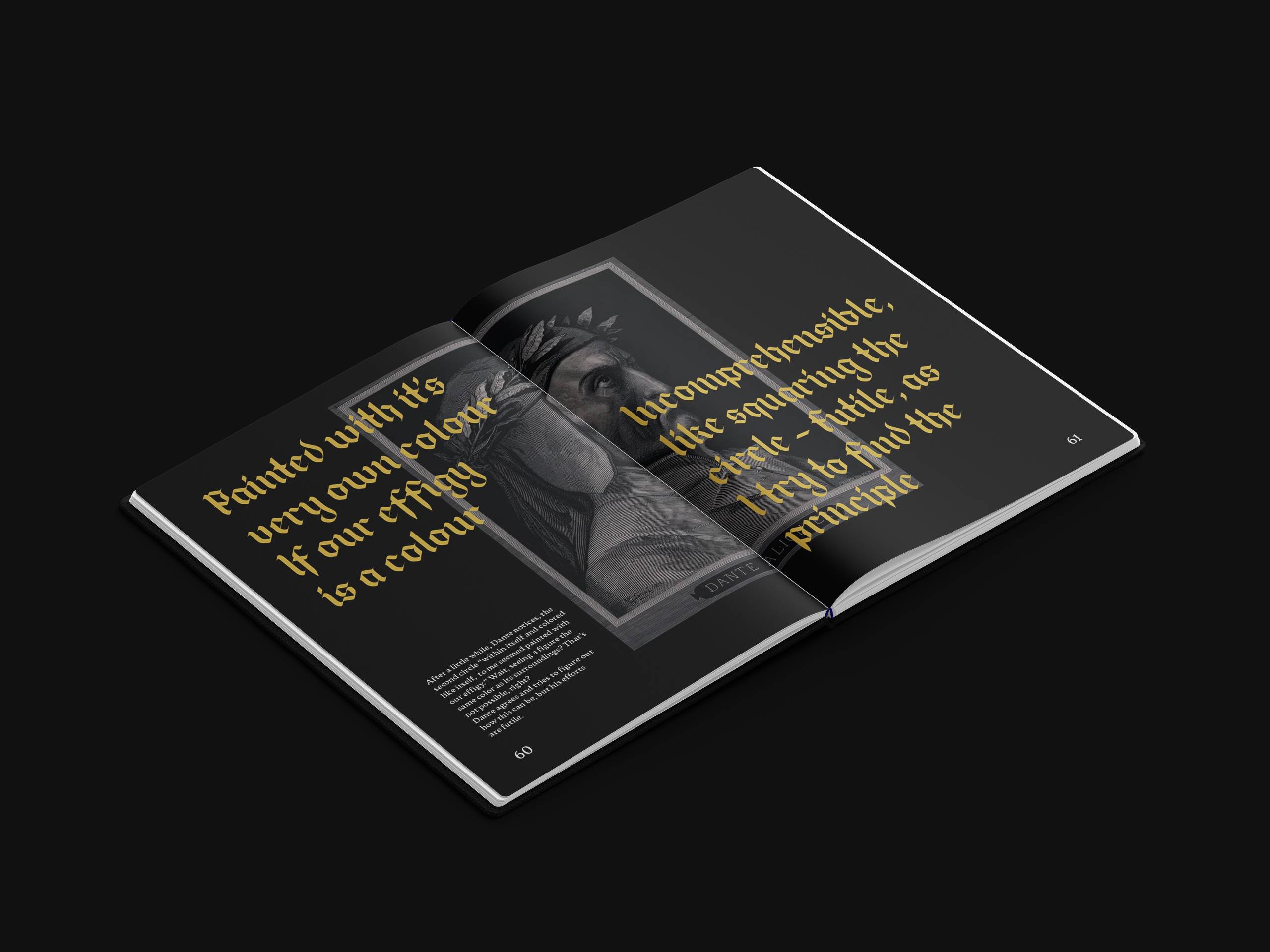 This book is also a type specimen of the typeface Empyrean. 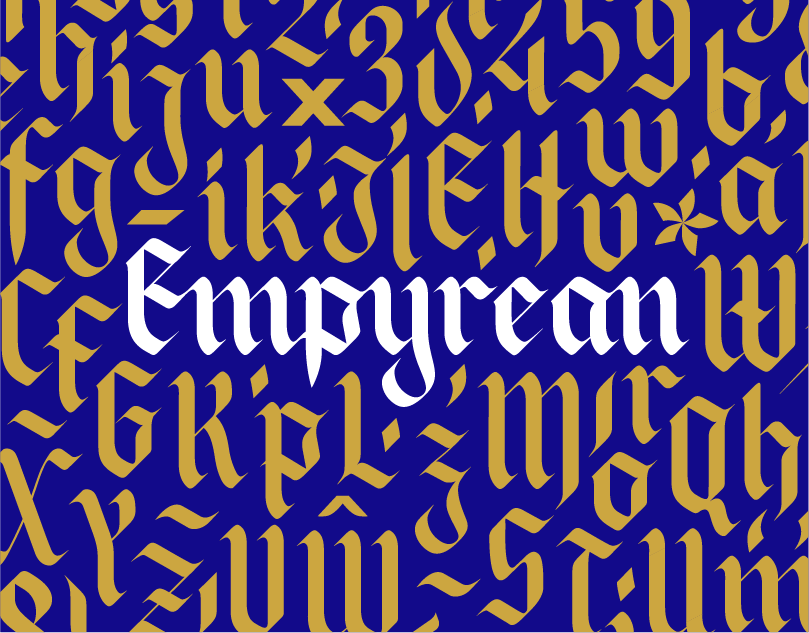 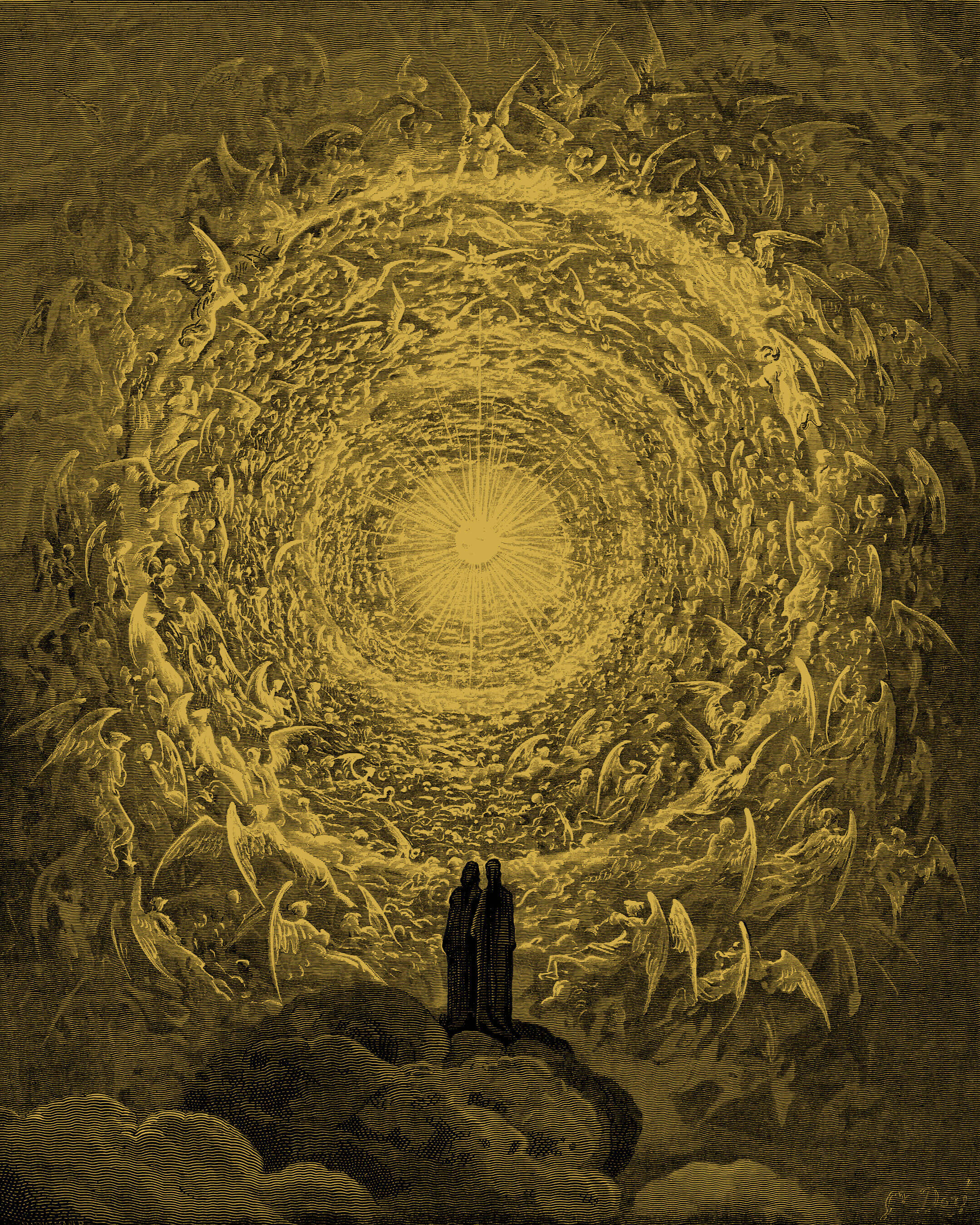 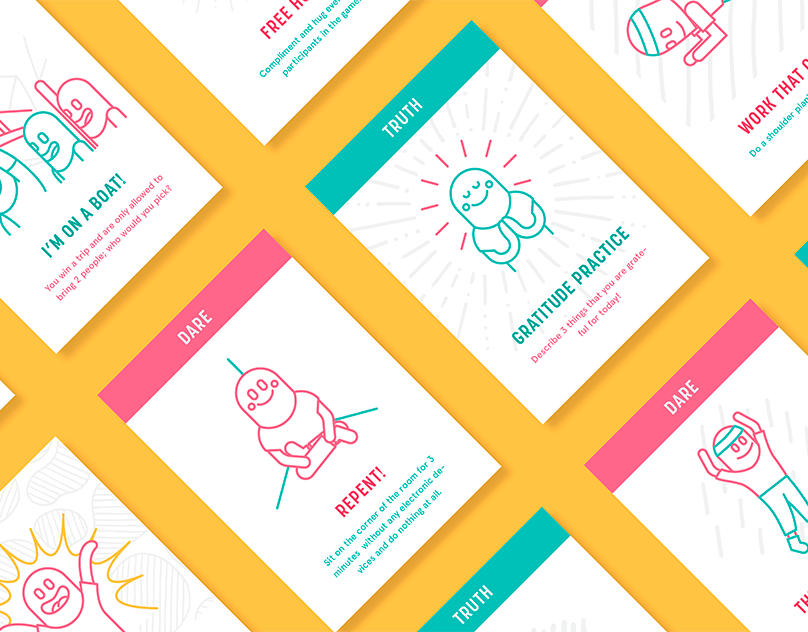 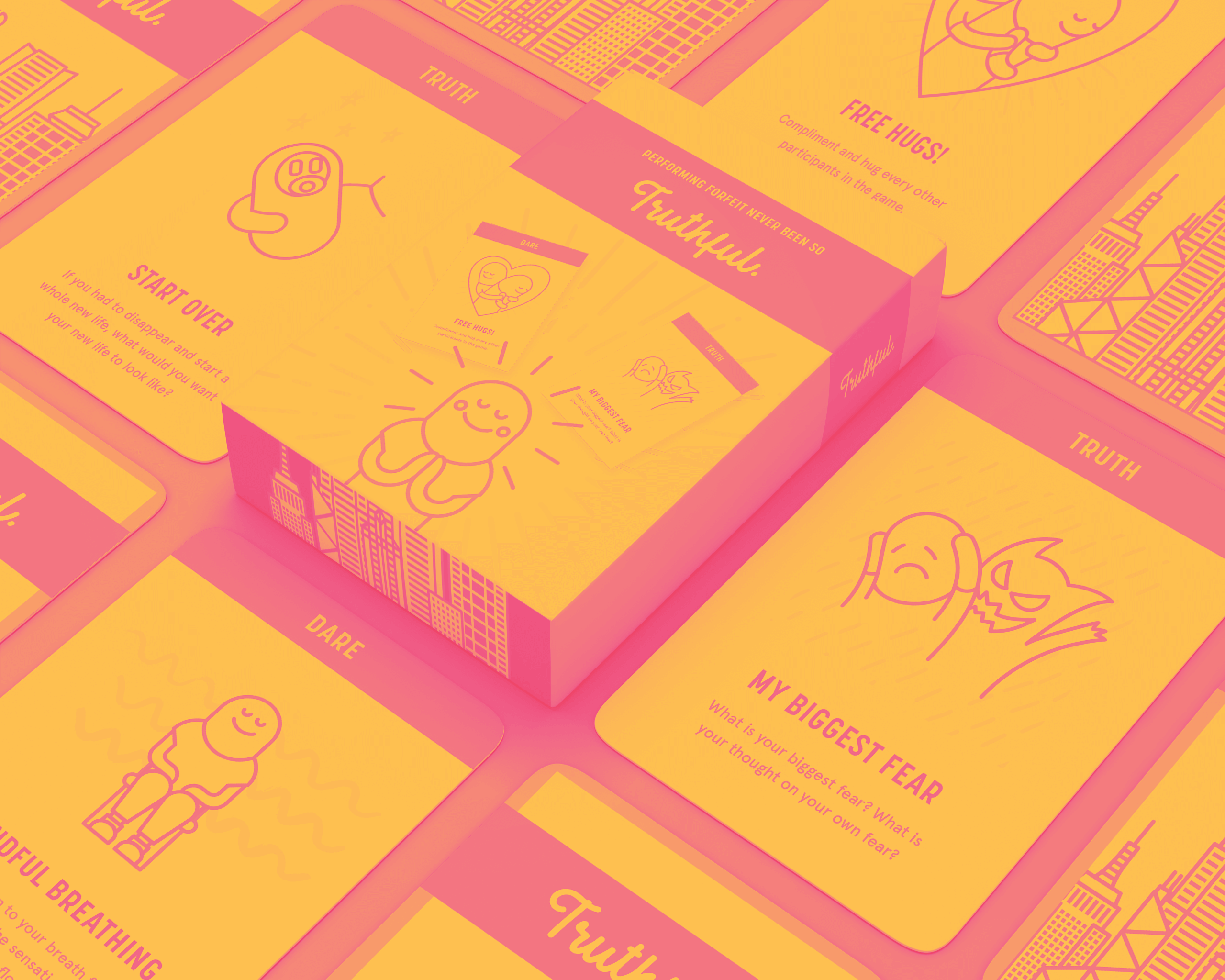 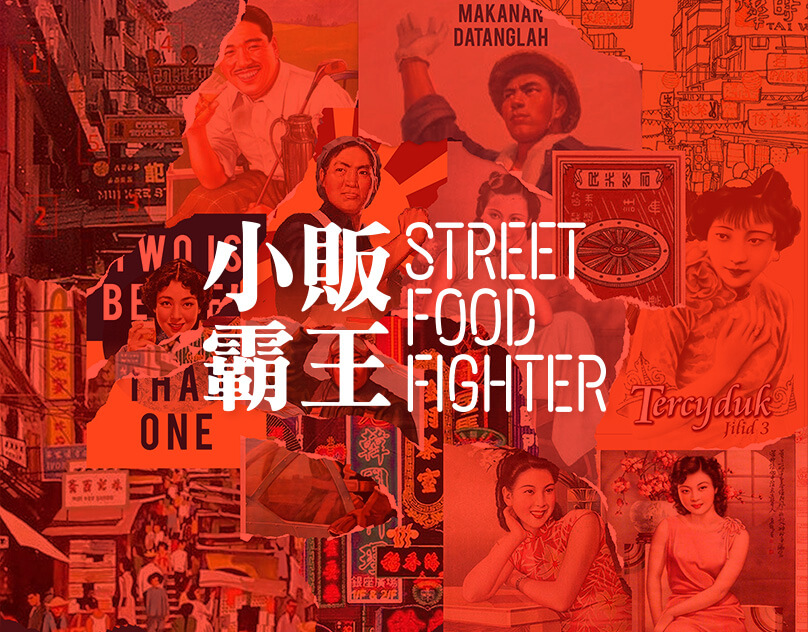 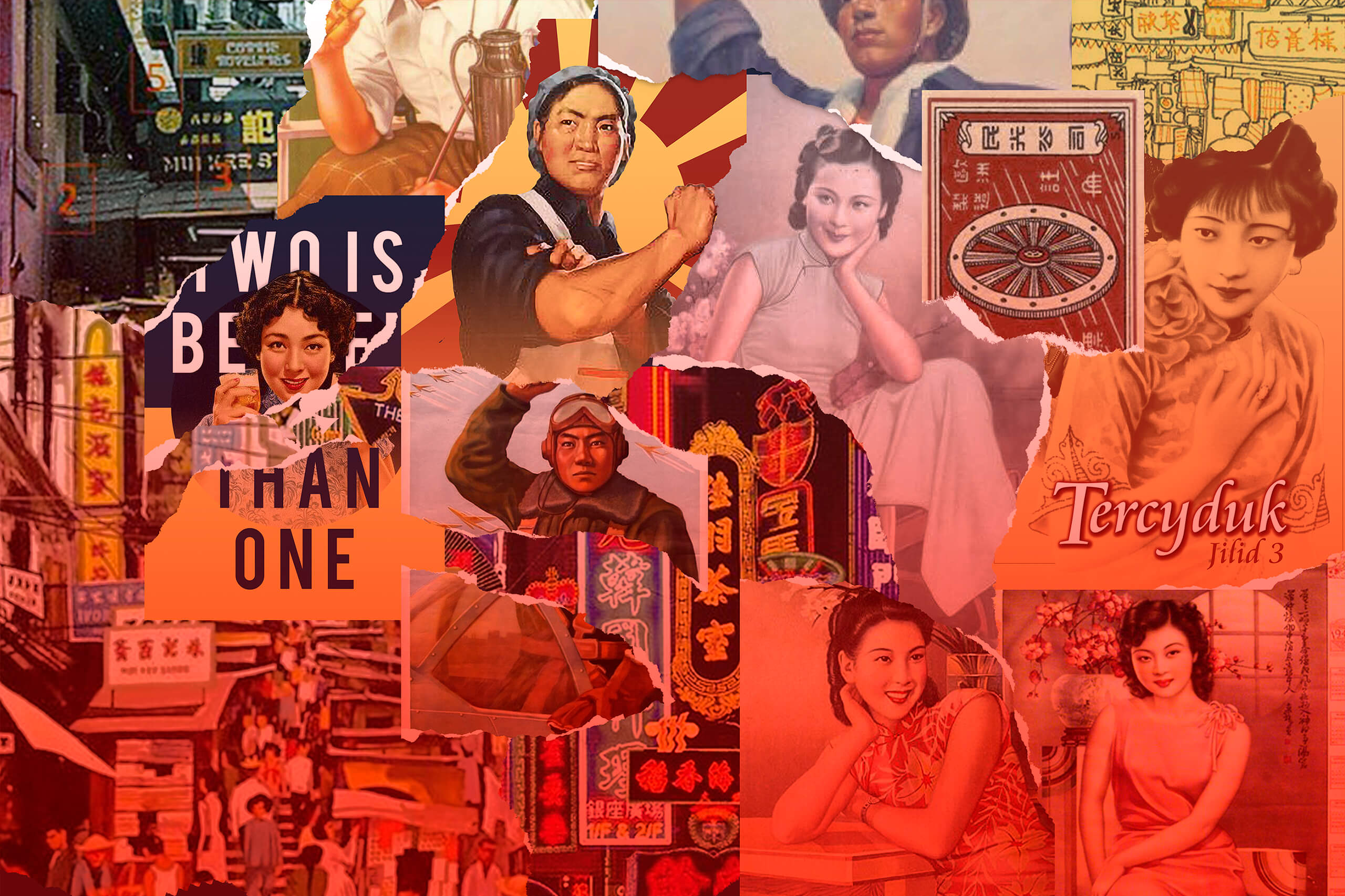